Burton Latimer thirds visited Compton Park for the seconds final home game of the 2017 season, with blustery conditions being the order of the day. Stand in skipper Ryan lost the toss, the opposition chose to bat, given that they only had 9 players present at the time.

Changes were needed to the attack as the Birds had flown to their summer vacation. James Bushell with wind blowing into his face opened the bowling with Adam Longley. Though the bowling personnel was different this game had major similarities to previous matches when the Cooks bowled first. This time it was James who was the star of the show in taking 4 of the first 5 wickets to fall. By the time of James’s enforced withdrawal from the attack, Burton had slumped to 22 for 5. James adapted his bowling well to the conditions and was well backed up by his fielders.

The Cooks now held the upper hand and although Cogenhoe took a further 21 overs to claim the last 5 Burton wickets, no Burton batsmen was able to knock the Cooks off course. Runs were difficult to come by and though the sixth wicket pair stayed at the crease for over 14 overs, the tight change bowling from the returning Chis Mason (from 9 weeks off with an broken hand) and James Goodwin ensured a meagre 16 runs were added during that period. James then broke the deadlock and quickly added a further three wickets to his haul. The other James returned to complete his spell and gained a further wicket to ensure his first 5 for in senior cricket. The innings was completed at the end of the 35th over leaving the Cooks to chase just 55 runs.

After tea the Cooks soon wrapped up this game, opening bats Adam and Alex Bushell batted positively as the opposing bowlers struggled to master the conditions. The progress only thrawted once, when Adam (15) played a ball onto his stumps, leaving Alex and Jack Quennell both finishing on 15 not out, to steer the Cooks to an early doors victory.

Before the start of this game there was talk regarding the strength of both sides. Though familar faces were missing this did not really hamper the seconds as much it did Burton who were shorn of many regulars. Apart from strong individual performances another pleasing aspect from the Cooks perspective, was how this side gelled together to ensure an efficient performance gaining another step towards promotion. 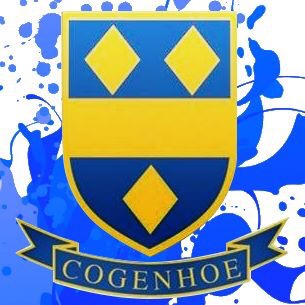