With most of the U11s having played in the tied U13 game at Brixworth on Monday night, the crowd [well, the coaches anyway] were hoping for a slightly less exciting finish from the visit of Old Wellingburians to a cloudy Compton Park for the last home match of the season.

Having won the toss and invited OWs to bat, their coach invited us to select a ‘random’ batsman to bat twice, due to their most junior player not feeling comfortable to bat. Having selected player 6, Christian was chosen to bat twice, with the suspicion that Christian may have been whichever number we had selected! Opening bowlers of Prashil and Mohit both struck against the opening pair and runs were hard to come by until Christian made his first appearance of the innings. Archie especially struggled with his length having bowled four beauties during warm-ups and 10 extras came in his two overs, but Christian was hitting the ball cleanly and hard.

Liam and Aidan put the brakes on again and bowled very well, Liam taking 3-5 from his three overs and a good catch from Aidan in the covers, as well as a clean run out from the Niamh and Mikey combination. Christian appeared again in the last pair and eked a few extra runs out, but the Cooks had generally fielded and backed up very well. OWs final total was 80-7, a net score of 45 and we were well in the game.

A quick reshuffle of the batting order and some clear instructions from the coaches to back up, call and play positively saw Aidan and Archie open the innings. With 12 runs per pair enough to win the game, it was imperative we didn’t lose wickets and get bogged down. Unfortunately that is exactly what happened. We lost two wickets in the first pair and scored a cumulative 10 runs from the bat at the halfway point. However, we felt somewhat aggrieved by the OWs umpire giving Archie out caught behind from a ball that had clearly bounced before reaching the WK. A quick conflab between Umpires resulted in the decision being incorrectly upheld and we were struggling. With the extras beginning to rack up, we were on a net 18 with Mohit and Niamh the third pair, instructed to try and get us within 20 runs for the last pair to mount an assault. They just about managed it, although we had the comedy moment of the season, as at one stage Mo and Niamh were running shoulder-to-shoulder towards the SAME END!!! Mo was subsequently run out and the pressure was on Prashil and Liam to get us over the line. It looked like they would scramble us over the line with some frantic running but when Prashil was bowled in the penultimate over, the 5-run penalty meant that 11 from the last over from the excellent bowling of the OWs skipper was too tall an order, and we ended up on 72-6 and a 3-run defeat.

So the learning points this week centre on run chases and how we approached them. On Monday we were universally positive and chased down 101 to get a tie and on Sunday we were more conservative and didn’t quite get home. In the circumstances we discussed the umpiring decision and how it impacted the result, but ultimately that wasn’t what cost us the game as there was still plenty of time to recover. Finding ways to bowl two less wides, backing up a bit more smartly when batting and fielding the ball correctly would have seen us over the line but hindsight is a wonderful thing. It was a really good game between two well-matched sides and we came off second-best today. Another day we would have won.
The last junior game of the season is next Sunday 23rd July at Overstone Park. There will be a final junior practice on Tuesday 25th July at which we hope to have a Dads/Mums/Coaches v Lads/Lasses game, so be warned.

Thanks to Charlie for umpiring and George for scoring. 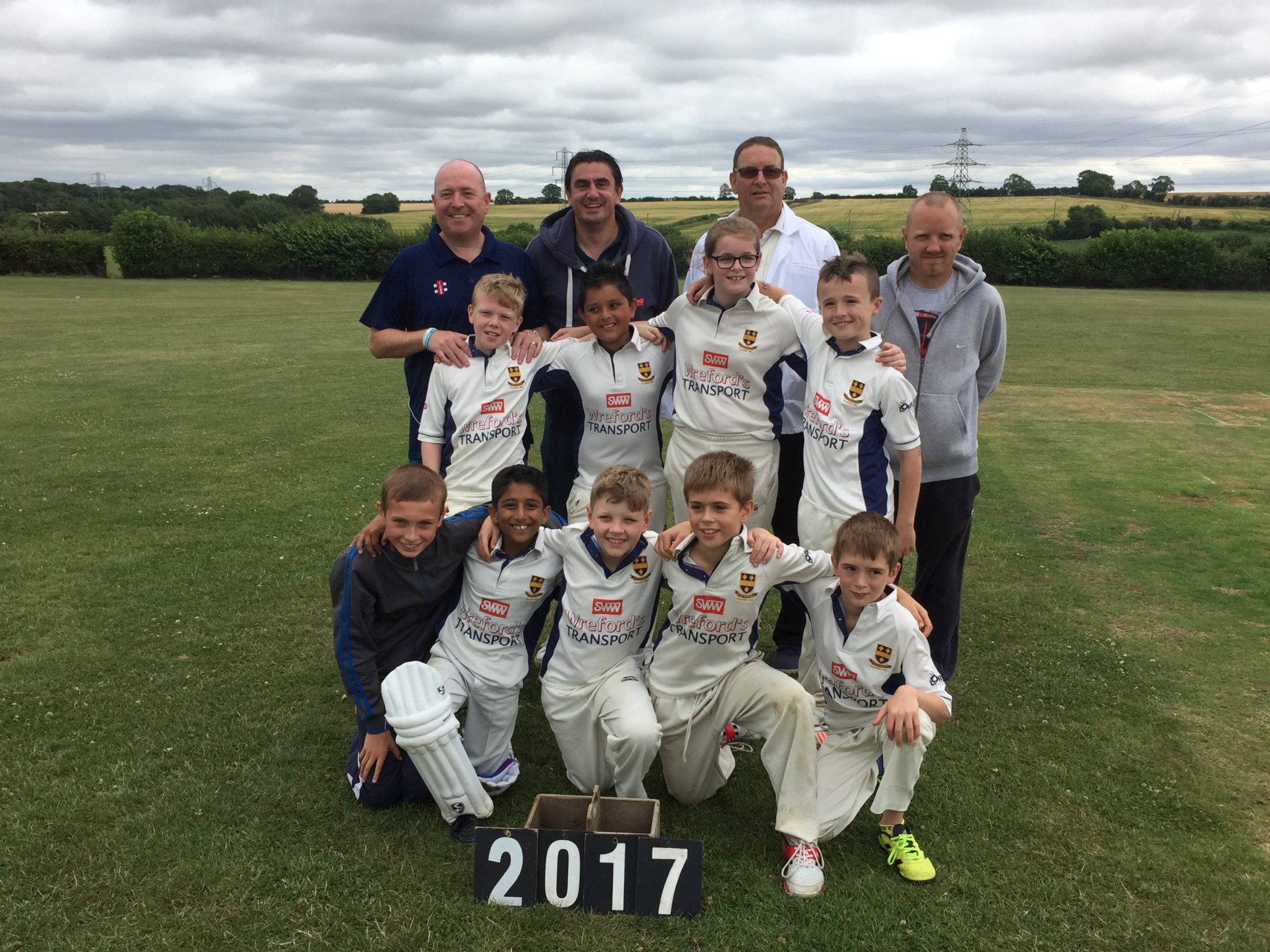